Join Us at the Time Trade Network Yard Sale!

Come to shop or just stop by to say hi!

Gardening season is upon us. Here’s a scene from a member exchange yesterday — hauling wood chips — use of truck included! 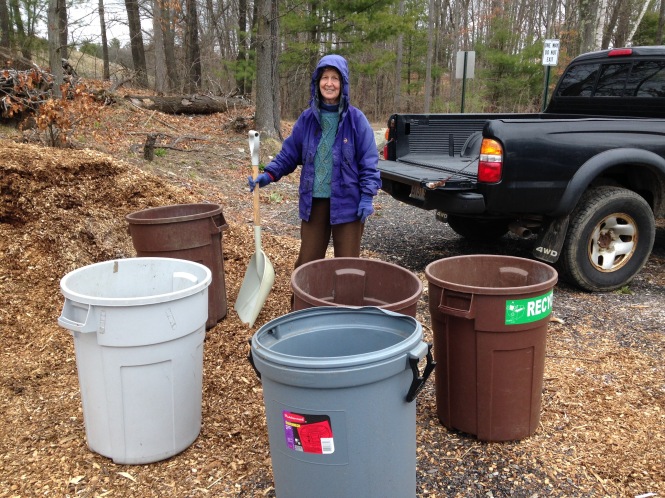 In the event you missed the article in the Newburyport Current about the Time Trade Network, here it is along with some photos that we took to illustrate it. 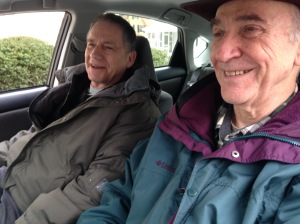 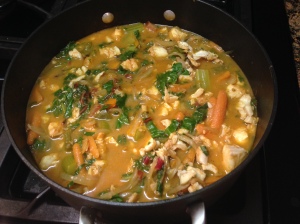 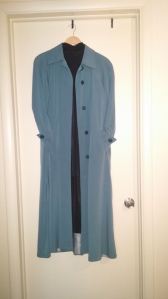 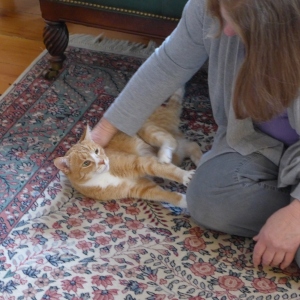 You have a hankering for freshly baked bread, need help organizing your home, or need a ride. Who you gonna call? Unless, you have a haunted house in your neighborhood, Ghostbusters aren’t going to help you out, but the Time Trade Network of Greater Newburyport will.

TTNGN is a network of individuals in the community who exchange their skills and services based on time. Every hour of service given is worth an hour in return from another network member.

The concept is simple. Time banking is the exchange of skills and services between members based on time. Unlike volunteering, time banking is about developing reciprocal relationships within the community. Unlike receiving charity, when you receive service through TTNGN, you or another member worked for the Time Credit you are now spending.

“Time banking started decades ago,” said Elizabeth Marcus, chairman of the TTNGN board of directors. In 1980, Edgar Cahn created TimeBanking, which he first called service credits, as a medium of exchange that would act as a way to encourage and reward the work needed to build strong, resilient communities.

“Ronald Reagan was withdrawing funding for social programs,” Cahn said. “They were closing down. I thought that if there was going to be no more of the old money to support communities, we should create a new one.” The service credits were later named Time Dollars, and later still they took on other names as well, such as time credits and timebank hours.

“I heard about it 10 years ago,” Marcus said, “and six years ago there was a group out of Lynn, Time Exchange of the North Shore (TEN). I joined with a number of friends but we found Lynn is a long way to go – an hour to get there, an hour there, and an hour back. It’s just wasn’t practical. We needed to get something going here.”

They started meeting in 2012, and by the summer of 2014 they were up and running with a pilot program. TTNGN officially launched in October 2014.

For every hour of service provided to another TTNGN member you earn one Time Credit (TC), she said. Time Credits are a community currency that members earn by using their time, energy, skills and talents to help each other. Through exchanging services, members create new neighborhood networks and strengthen our community, helping each other in ways that family and neighbors have traditionally done.

You, the member, can spend your TCs on any number of services, Marcus said. It’s your choice. It’s your time. You can even save up TCs for future use. Member information and TCs are managed using an online system.

“There are quarterly meetings for members. You often don’t think of yourself as having a particular skill until someone asks for it,” Marcus said. “There was a woman leaving town, who needed someone to take care of her cat. By the end of the meeting, she had three people to cover her absence and feed her cat.

“It’s the reciprocity. We have about 35 exchanges a month. It’s about getting people in the habit of giving and receiving as part of normal living in the community and encouraging people to ask for help.”

Needs can be very unusual and specific.

“Last year I was telling someone about the network,” Marcus said. “She loved the idea, but didn’t think she had any skills to offer. We talked and she said ‘I do know a lot about turtles. I could take care of someone’s turtles, but no one is going to need that.’ She didn’t join, but about six months later somebody requested someone to take care of their turtles while they were away on vacation. You never know.”

TTNGN holds information sessions for people to find out more about how time banking works. If you join, the hours spent at the session are credited to your timebank account. The cost of joining is a $25 contribution or two hours of service.

“I do a lot of information sessions,” Marcus said. “At one someone said, ‘I don’t do much, but I can bake bread.’ I love bread. I ended up with two loaves of challah and it was delicious.” 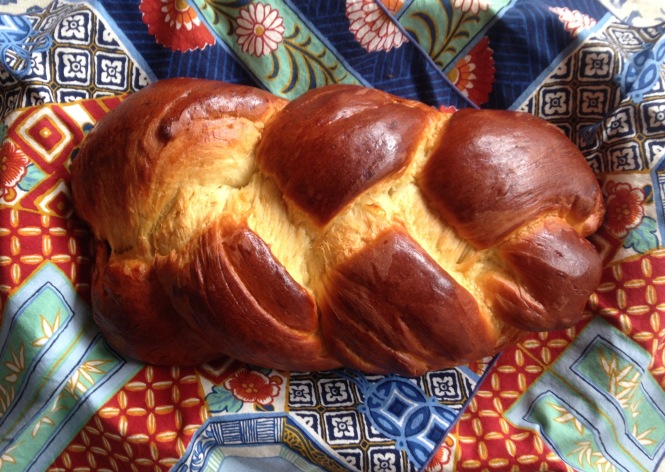 One of our most recent exchanges was home-baked challah. Wonder how it works when a “product” is involved in an exchange?

In this case the baker received time credits (hours) for the time it took to assemble the ingredients and make the bread and the receiver also reimbursed her for the cost of the ingredients.

What a yummy way to use the network! 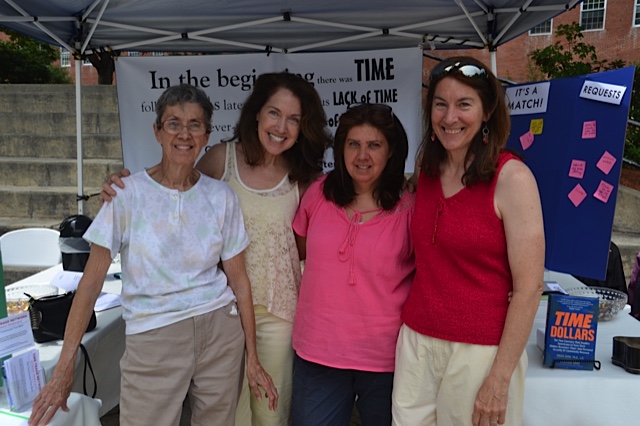 Thank you to the organizers of this year’s Amesbury Days who allowed us to have a Time Trade Network booth at this year’s event on June 27th. This happy family stopped by to check us out.

What Kinds of Services are Members Offering? 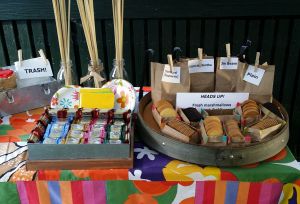 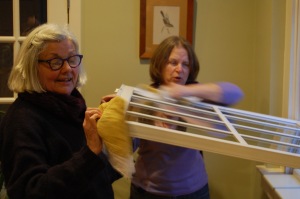 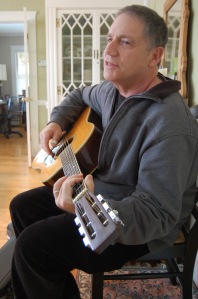 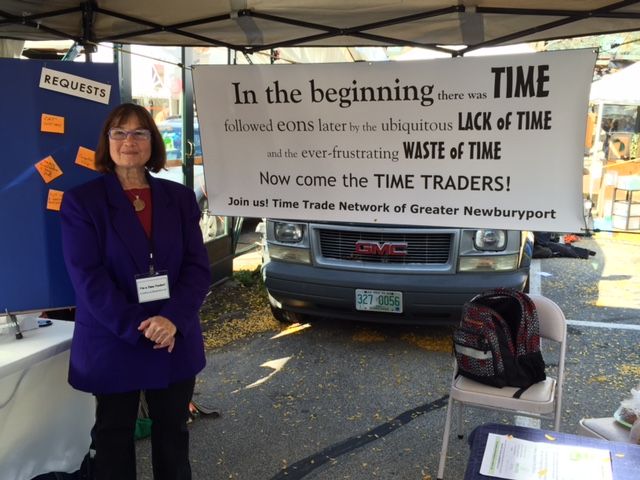 We had a great day at our launch at the Newburyport Farmers’ Market on October 19th! Here’s Carole, one of the members who helped pilot the program, with the banner written and designed by current time traders Elizabeth, Nancy and Beth.

We talked to lots of people, some of whom had read the article in the “Newburyport Daily News” and stopped by just to find out more. 21 people registered for one of the two upcoming orientations on October 30th and November 8th.  We’re off!

We will be at the Newburyport Farmers’ Market tomorrow, Sunday, October 19th, for our “coming out party” from 9 AM to 1 PM.

Stop by to say hi, see how the time trade network works, ask questions and sign-up for an upcoming orientation, if you like. We’ve got candy for the humans and biscuits for the dogs!

In the beginning there was time, followed eons later by the ubiquitous lack of time and the  ever-frustrating waste of time. Now a group of locals are introducing the idea of “trading time” to get things done and bring people back together.

Exchanging favors and services between friends and family is a timeless tradition that conjures images of barn-raisings and informal childcare. But a group of locals think that many of these casual exchanges have been replaced by monetary transactions that have eroded a sense of community and reciprocity.

The Time Trade Network of Greater Newburyport will help to right this imbalance and restore an exchange of skill for skill while rebuilding community. According to founding member Elizabeth Marcus the Network is special because it encourages personal relationships.

“The Time Trade Network will restore a non-monetary system of reciprocity that develops and strengthens community social connections,” Marcus said.

The Network is a system of giving and receiving services between members which are then recorded through special software and accessed through a member website. Every hour given is worth an hour in return of services from a fellow trader of the network. All hours are of equal value whether fixing a car or caring for a pet. Hours earned are deposited in the “time-bank” and can be used later to receive other services from members of the network.

Over the past year seven local volunteers have been researching, testing and designing the Network. It will debut on Sunday, October 19 at the Newburyport Farmers’ Market located at the Tannery.

Twenty-five volunteers participated in a pilot program from May until September. There were 41 types of services exchanged during the pilot. These services included event planning, plant care, pet care, hauling, photography, clutter management, cooking, writing, computer assistance and home decorating.

“The larger our membership becomes, the more diverse the services offered will be,” said Marcus.

The mission of the TTNGN’s is to “provide a time exchange system that connects unmet needs with untapped resources by empowering its members to both seek assistance and share their wealth of skills and experiences; enhancing the quality of our members’ lives and fostering a greater sense of cooperation that enriches our local community.”

There are over 30 time banks already operating in New England. Some of the most successful include the Hour Exchange of Portland, Maine and the Time Trade Circle of Cambridge, Massachusetts. The TTNGN is organized as a Massachusetts non-profit corporation.

The core group and members of the pilot program will be at their Farmers’ Market booth from 9 AM to 1 PM to share their experiences with time trading and to answer questions. They will also be
registering those interested for an orientation meeting, a requirement to become a member. Orientations are currently scheduled for Thursday, October 30 at 7 PM or Saturday, November 8 at 10 AM in Newburyport. Additional orientations will be scheduled in the future.

Contact the Network at 978-225-3440 or timetradenetwork@gmail.com for further information.

HOW TO JOIN US

Interested in joining us or know a friend who is?

The first step is to schedule an Information Session where you will learn what timebanking is about, how it works, what types of services are exchanged and more.

To schedule an information session email us at timetradenetwork@gmail.com.